Thank you to all those that came out to support the cause; we couldn’t do what we do without all the love and support from the community. Thank you. Also, thank you to Trivotti Clothing for sponsoring the 2012 Matt Moscato Charty Golf Outing.

Thomas Richards held a fundraiser at CJ Mahoney’s in Rochester, MI in November 2011 to support the K9 Police Fund, who trains canines in order to enter the police force. This fundraiser was also in support of the Disabled Veterans of America, in which financial, emotional, and medical bill support is given to veterans diagnosed with a medical disability in which hinders them in doing normal activities their daily lives.

The fundraiser was a success with many supporters that came out; we raised a total of $1200. Thank you to everyone that made this a great event.  We were able to provide $600 for The K9 Police Fund and $600 for the Disabled Veterans of America. Thank you for helping us help them.

Also, as always, CJ Mahoney’s was a great partner with all the items they purchased and everything they gave us to make this event a success. Thank You. Tina’s grandson Javen, has Hydrocephalus, and has had multiple shunts in his brain and back as well as many surgeries for his eyes. Hydrocephalus is most common in infants and young children and is a fluid buildup in the cavities deep in the brain, which leaves pressure on the brain. The extra pressure can lead to brain damage, impaired vision, cognitive difficulties, and loss of coordination. To decrease the effects of hydrocephalus and reduce likelihood of brain damage, shunts are tubes inserted surgically to drain excess fluid.

Tina and her family were in dire need of our help. In order to help Tina and her family Thomas Richards held a fundraiser for the Draper’s on July 29, 2011. The fundraiser was a success with lots of supporters who came out; all proceeds went directly to help pay medical bills, treatment costs, and any other expenses necessary to give Tina and her children financial relief through their difficult circumstances. Thank you to all that attended the fundraiser and helped make this happen. It is official Thomas Richards Charity is a Non-Profit Charity under section 501(c)3 of the IRS. This is a huge day for us. I would first like to thank Jason Sakis of Sakis & Sakis Law for taking care of all the legal paperwork for us for free. This process can take months to get approved and thanks to Jason it took less then 30 days.  Another Thank you to Kurt Muller and team at Mueller-Mayville CPA for the great work they did on the accounting side of this. Also thank you to the board and all the people who have supported us this far. 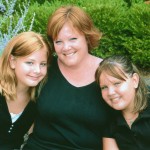 Thomas Richards Charity collaborated with Classic Lanes in Rochester Hills, MI to host a bowling fundraiser on February 26, 2011 to support Traci and her family.

Traci was diagnosed in 2007 with Sacroidosis after suffering a stoke with. Sarcoidosis is a inflammatory disease that can affect almost any organ in the body. It causes heightened immunity, meaning the body cannot fight infection and disease because the immune system over reacts, resulting in damage to the bodies own tissues. There is a formation of granulomas, which are microscopic clumps of inflammatory cells that group together. This has affected not only Traci’s lungs, but also her heart, brain, and skin. This disease is very rare and unfortunately there is no cure; Sacroidosis is fatal. Traci also has two girls Hanna and Megan.

Traci needed our help in order to financially support her girls, medical bills, and to give them wonderful memories with their time left together. With the help of the community the fundraiser was a success with many supporters who showed up and had a wonderful time bowling and supporting Traci. Thank you to all those who contributed to memories made between Traci and her girls. Thank you.